Ever since the invention of photography, we’ve wanted to edit our photos to show the best version of reality #livingmybestlife. Whether it’s for graphic design purposes, adding a fake plastic UFO to landscapes or for getting the rare shot of the Loch Ness Monster, photo manipulation has existed for a long time. Editing photos used to be a difficult, time consuming and technical task. It required paint, airbrushes, magnifying glasses and a steady hand, as well as plenty of practice and a shed load of equipment. In 2019 it take a few clicks (or swipes) to change and manipulate any image in ways that were previously unthinkable.

Recently ‘photoshopping’ has gained a bad reputation. The alteration of models, scenery, products and historical photos has added to the ‘spread of misinformation’ #fakenews. As Edgar Allan Poe once said, ‘Believe nothing you hear, and only one half that you see.’ He also married this thirteen-year-old cousin when he was in his late 20’s, so make of that what you will.

In days gone by amateur and professionals alike would have had to fork out over $700 to be able to get their hands on the fancy photo editing software (or find other ways of ‘acquiring’ it. Wink, wink, nudge, nudge). Adobe Photoshop is now available for as low as $10 a month, which is a bargain. That said, if your budget doesn’t extend that far there are plenty of free alternatives out there.

The following five tools are great alternatives to Adobe Photoshop. Most offer a comprehensive list of options and let you alter your images in many different ways. Though like any good photo manipulation program, be prepared for a bit of a learning curve!

Sketch is the most hyped professional design software for years and is a very real challenger. A super lightweight application, Sketch has been rapidly increasing it’s market share for the last 2 years by improving user workflows and streamlining the interface. Many designers are now using Sketch in place of both Photoshop and Illustrator, which could be quite troublesome for Adobe. With an abundance of tools, vector editing and increasing traction in the design community it’s going to be interesting to monitor Sketch. For the record we’re not quite ready to try it out :). 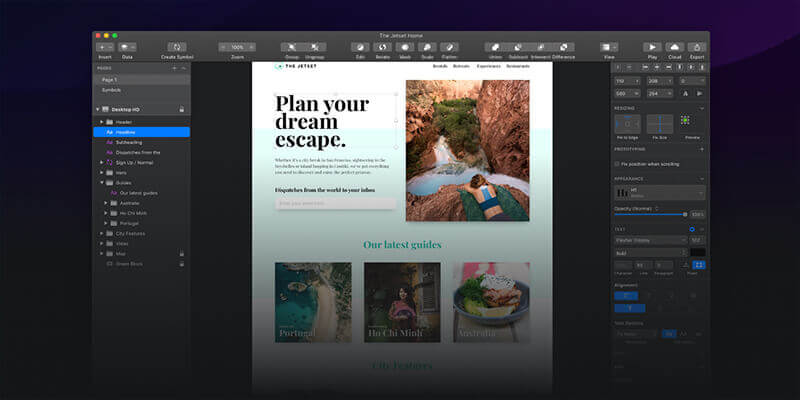 While sounding like something naughty, GIMP is actually one of the best alternative photo manipulation options available. The free and open source program was original created for Linux but now happily operates on most operating systems. Virtually anything that can be done in Adobe Photoshop can be replicated in GIMP, however, the interface is not for the faint of heart and plenty of help documents will need to be referenced. It is free, however, so at least while you spend an hour figuring out how to make a square you can spend the $10 saved on coffee/wine.

Just like GIMP, Photo POS Pro can be downloaded to your tablet, laptop or PC. Unlike GIMP it has a friendly, easy-to-use interface which opens its use to casual photographers as well as serious graphic design folk. Primarily for the alteration of photos, Photo Pos Pro offers everything you could expect from a basic photo editing software.

Available as a mobile app or from within a browser, Pixlr is another useful alternative. It offers simple alteration tools such as gradients, red eye correction and layering, all within a friendly interface. Pixlr has a paid and free version, letting users upgrade to a more comprehensive experience if they choose. What’s more, if you’re familiar with Photoshop you’ll find a lot of UI similarities, making the transition a little easier. This browser-based tool is great for the photographer that needs to edit photos on the run or a traveller that doesn’t have access to Photoshop. It has the core power of Photoshops photo editing tricks and uses a similar workflow making it a perfect replacement for specific Photoshop tasks.

Much like GIMP, Inkscape is a cross-platform program available for download. As opposed to many other tools on this list, Inkscape is great for graphic designers, rather than just for photographers. It allows for text, object manipulation and all within a familiar, comfortable layout.

If you’re using Photoshop for product mockups, Artboard Studio might just steal your usage. Artboard is an online graphic design application for creating product mockups. An effortless software, Artboard makes creating promotional banners all the way through to social media graphics, a breeze. 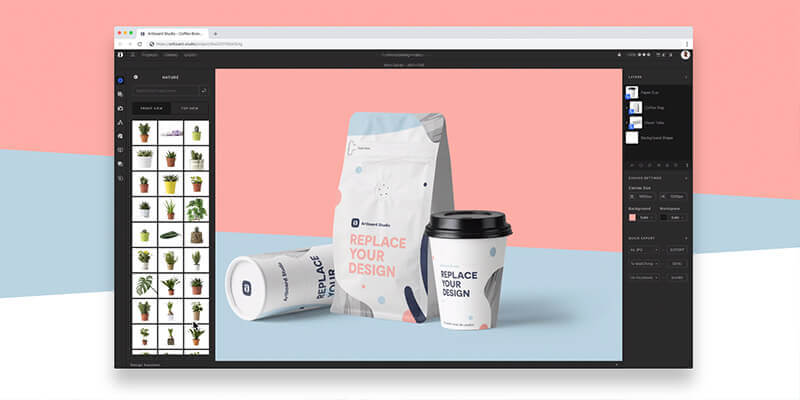 Maybe you already have Adobe Photoshop or an equivalent program, however, they can be time consuming and have a steep learning curve involved in mastering them (GIMP I am looking at you). For those times when you just want one single job done quickly, you can call on some simple to use tools available online.

The browser-based tool does exactly what it says on the tin, it removes backgrounds. Don’t mess around with masks and colour selections, just simply upload an image and remove.bg does the rest. Worth mentioning the result largely depends on the quality of the image you upload.

Continuing the theme of fairly self-explanatory titles (that’s some good right SEO there) TinyPNG is a quick and efficient way to reduce file sizes with the click of a button. It works for JPG’s just as well as PNG’s and has become one of our ‘go to’ tools.

Designed for photographers, by photographers, VSCO is an app offering both a free and paid version, allowing users to enhance and edit their photos. It’s one of the most widely used photo editing apps and has a huge number of preset filters to mimic old film/camera types and create professional effects. As well as being able to use a large library of pre-set visuals, users can be part of the VSCO community, enter competitions and tackle weekly challenges. VSCO is our favourite photo tool when we’re on the move. Regardless of what you are trying to create; a quick mockup of a website, a poster, an app, logo or even a t-shirt, this powerful online tool has you covered. It’s an easy to use browser-based collection of generators which require no downloads and is super easy to use. For those wishing to see what their cat looks like on a mug, Placeit has you covered.

For those with Apple devices, Facetune2 probably needs no introduction. It is a popular selfie editing tool which provides plenty of filters, background replacements, retouching and face reshaping. Although a paid version does exist and offers even more features, the free version is more than suitable for your everyday narcissism #nofilter #whoops

The verb ‘photoshop’ has been in the dictionary since 1992, two years after the launch of Adobe Photoshop’s first edition in 1990. Over the years, ‘photoshop’ has become the generic trademark for anything related to photo or image manipulation, despite Adobe’s protests. In 2015 Adobe threw a bit of a tantrum and began dictating how users should refer to their work, expecting them to stop saying things like, “I photoshopped this” and instead replacing it with, “I used Adobe Photoshop on this project.” Yeah but nah.

Unfortunately for Adobe, they’ve joined the long line of companies which have had their product genericised and will simply have accept users sitting in their onesie waiting for their crockpot to cook while Googling pictures of hoovers to photoshop.